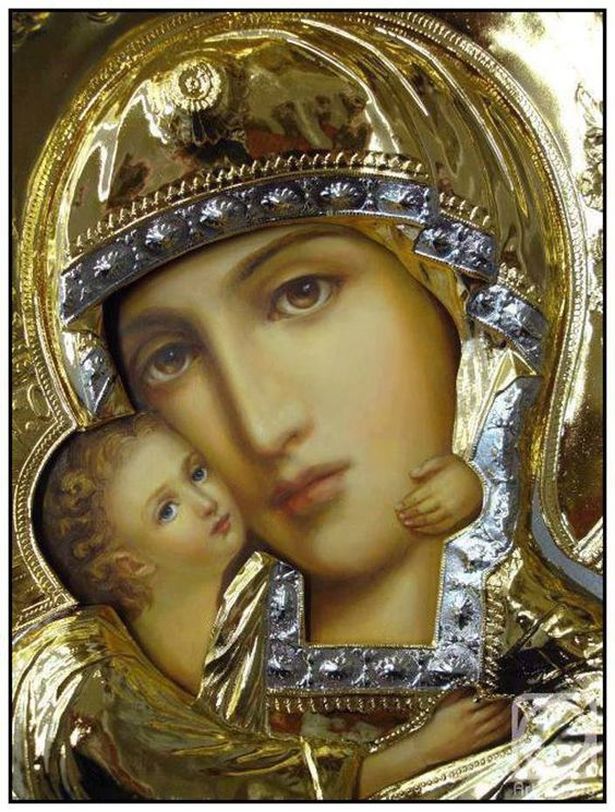 Miracles of the Mother of God

Our lady will never let us down !

Countless miracles have been wrought through prayer before this icon, but we recount here one that happened as recently as the year 2004. It is a story that, if it had not been broadcast on the major TV channels in the Middle East, would certainly be hard to believe, even after reading about her intercessions throughout the Christian This miracle stunned with awesome surprise the entire Arabic/Moslem nation and all of the Middle East. East. 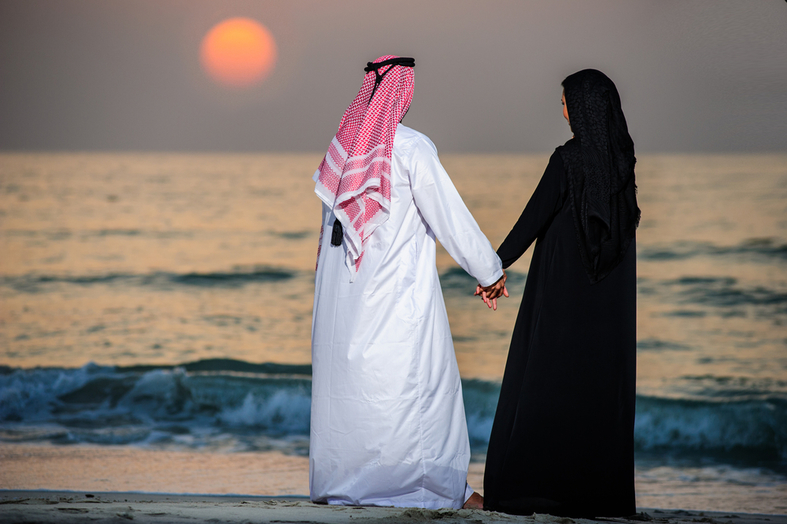 In December 2004 a Saudi Arabian man, a Moslem, appeared before several new agencies to relate the following incredible event he experienced and which changed his life (this story appeared on TV, the Internet, radio, and was circulated in newspapers, magazines, and pamphlets throughout Saudi Arbia, Syria, Palestine, and evidently in all neighboring countries.

Some years ago, this man married a very rich Moslem woman but sterile. As the years passed, and despite all their efforts and significant medical expenses with many doctors, they remained childless. The man's parents suggested to him that he marry a second woman, while upholding his initial marriage (as the local laws permits up to four concurrent marriages).

Being exhausted, worried, and downhearted, he did not accept his parents' advice but rather chose to vacation with his wife in Syria. There, they hired a limousine with a driver who would serve as tour guide fro all their site-seeing excursions throughout Syria. As the vacation progressed, the driver noticed that the Saudi Arabian couple was experiencing bitterness, pain, and grief. Having gained familiarity with the couple, the driver cautiously asked them whey they appeared to be so unhappy-was it perhaps because he was not conducting the tour to their satisfaction?

The couple confided to the driver that the source of their unhappiness was their inability to have children. The driver who was also a Moslem, then told them that in Syria the Christians, specifically the Orthodox Christians, have a monastery named Panagia Saidraya (Arabic word meaning Our Lady) and that many people who can't have children take refuge to Her miracle-producing icon. They go to the monastery and there they are given to eat, the wick form the lamp which burns before the miraculous icon. And then the "Mary" of the Christians gives them according to their faith, what they wish for. 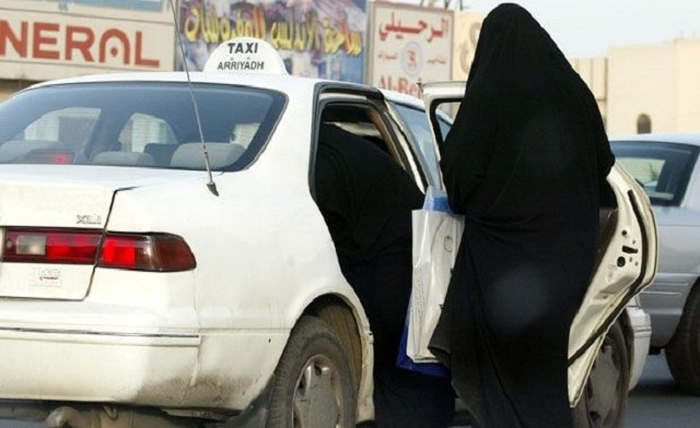 ​Becoming excited, the Saudi Arabian and his wife asked the driver to take them to the monastery "Saidnaya" of "The Lady of the Christians" and said that if we have a child, then I will come back and I will give you $20,000.00 US and, I will give the monastery $80,000 US. So they went to the monastery and did as they were instructed. Later they returned to their homeland and after some time the wife was found pregnant. In a few months she gave birth to a charming baby boy. It was truly a miracle of Our Lady Theotokos.

Now, as soon as his wife gave birth the Saudi Arabian man wanted to return to Syria to uphold the promises he had made. Upon his return he called the same driver and asked to be picked up at the Damascus airport. But the driver was cunning and wicked and he persuaded two of his friends to go to the airport with him to pick up the rich Saudi Arabian man and to take his money and kill him. So they picked up the rich man at the airport and he, as they drove, without realizing that they had planned to kill him, told the friends of the driver that he would give them also $10,000 US each. 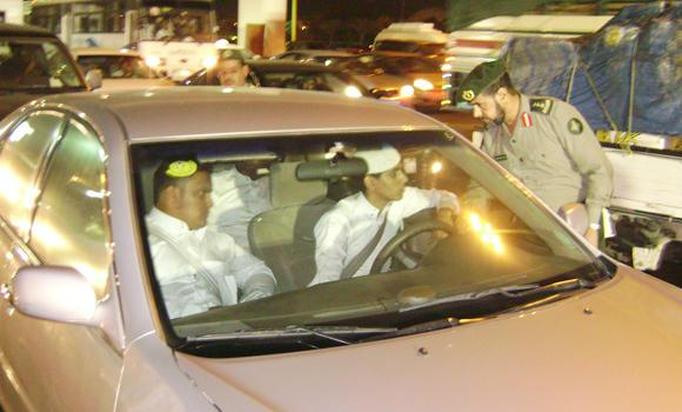 These men still not satisfied, deviated from the route to the monastery and went to a deserted place and proceeded to slay the Saudi Arabian man and to cut off his head and other parts (hands and legs) of his body into pieces. Blinded by passion and overcome by the horrific act that they just committed, they put the man's remains in the trunk of the car rather than just leaving him there. After taking his money, watch, and all that he had, they proceeded to find another deserted place to discard the remains.

Then on the National highway, their car broke down and stopped in the middle of that road. The three men got out to determine why the engine had stalled. Then a passerby stopped to help them but they, afraid that their terrible act would be discovered, pretended that they did not need any help. 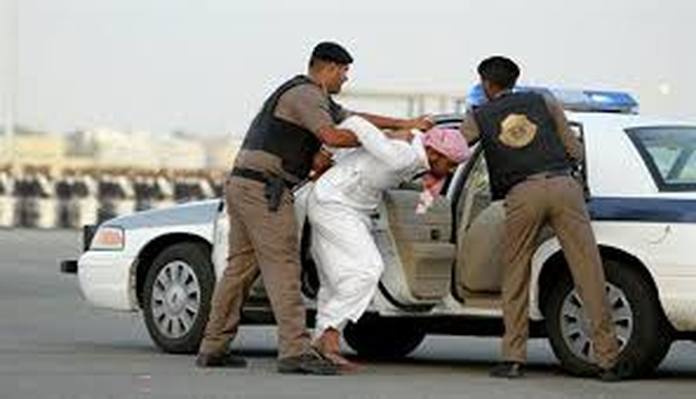 ​But as the passerby motorist was leaving, he noticed blood dripping from the rear of the vehicle and he called the police to investigate because the scene and the three men looked suspicious. The police came and they saw the blood under the car and on the pavement so they ordered that the trunk be opened. 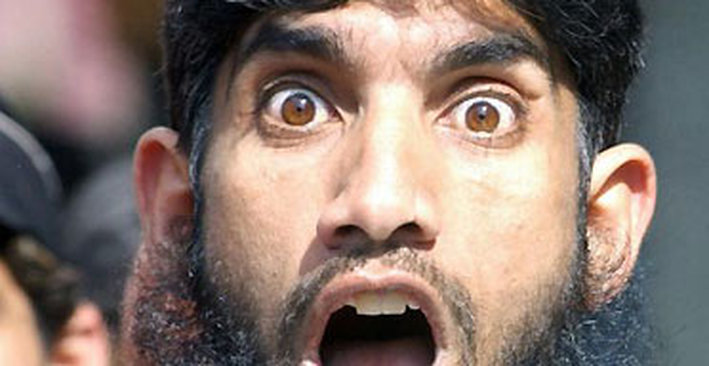 Seeing this, the three criminals immediately lost their minds, becoming as if mad.

Click herWell, when the opened the trunk, lo and behold, the Saudi Arabian man lifted himself out, obviously and amazingly alive and in good health, saying to them "Just now this PANAGIA finished stitching my neck, right here (showing them the area of his Adam's Apple), after first stitching up the rest of my entire body".

Seeing this, the three criminals immediately lost their minds-becoming like mad. The police handcuffed them and as they were being taken away to an asylum for the insane, the criminals started raving that it could not be possible that the Saudi Arabian man whom they killed, beheaded, and dissected could yet be alive.

The Saudi Arabian went to a medical facility to undergo examination by doctors and medical examiners who confirmed and attested that the stitching was done very recently, thereby validating the miraculous event. The stitches were, and still are, obvious. When the Saudi Arabian came out of the car's trunk, he had the appearance, literally, of just having been refabricated (put back together) to which he continuously confessed that they PANAGIA had rejoined his body and resurrected him with the help of her Son.

Immediately after this, the Saudi Arabian called his relatives to come to Syria and they all went together to the monastery of Panagia Saidnaya and offered up prayers, praises, and glorification, and instead of the initial gift of $80,000 US (which was promised), he gave $800,000 US to the Theotokos.

Today, as this man relates the details of that overwhelming miracle, he starts his narration with "When I was a Moslem this happened to me" this indicating he is not longer a Moslem, as neither is his family.

This miracle stunned with awesome surprise the entire Arabic/Moslem nation and all of the Middle East.

> Glory to God for all things! > Most holy Mother of God, save us!

The Great Miracle in Syria, and the Convent of Our Lady of Saidnaya 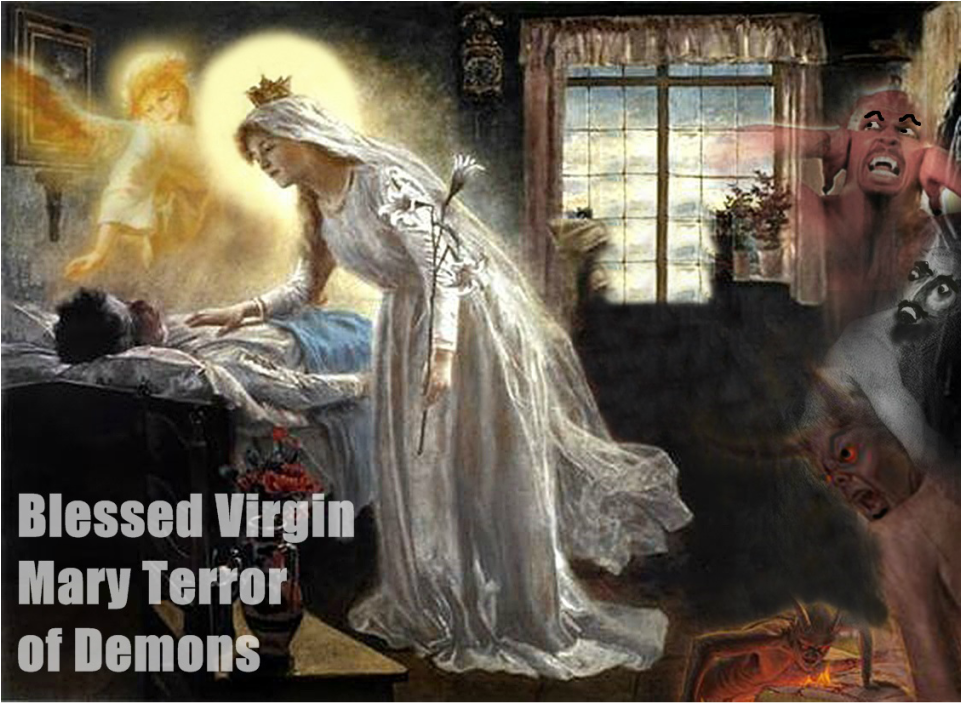 Mother of God, why are you so beautiful ? I am beautiful because I love. 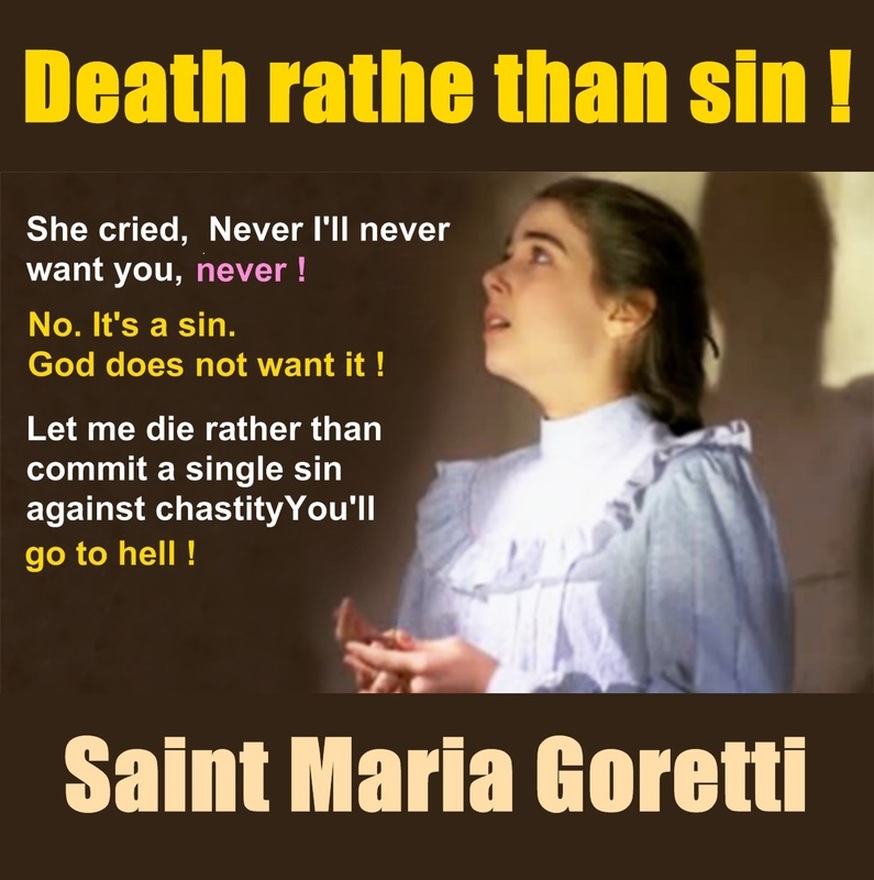 Death rather than sin ! St. Maria Goretti
God over sin and eternal joy over eternal damnation. Choose life! Choose to be a saint.

St. Maria Goretti is helping teenagers to preserve purity in the midst of daily temptations against that priceless virtue so neglected today throughout the world.

Oh Saint Maria Goretti who, strengthened by God's grace, did not hesitate even at the age of twelve to shed your blood and sacrifice life itself to defend your virginal purity.

LIVES LORD OUR GOD, THE LORD OF HOSTS"
(Brotherhood of the Holy Sepulcher, Patriarchate of Jerusalem)
By Father Ignatios, Abbot
Holy Monastery of The Shepherds
Bt Ahur-Bethlehem
GREAT LENT, MARCH 2005
Submitted and compiled by Very Rev. Archimandrite Nektarios Serfes
Boise,
Idaho
USA
Eve of the Ascension of Lord, 8 June 2005
Glory to God for all things!
Most holy Mother of God, save us!

Peace to your souls!
Humbly In Our Lord God,
+Archimandrite Nektarios Serfes
Who prays for you!